Protect What Matters Most.™

What is Identity Theft?

What is Identity Theft?

A Personal, Damaging, and Disruptive Crime That Can Happen to Anyone

Identity Theft is a Personal Violation

Identity theft is a crime where someone has stolen another person’s information and then used that personal data in a fraudulent or deceptive manner. Most often, identity theft and identity fraud are committed for financial gain, according to the U.S. Department of Justice. Identity crimes may also be perpetrated by an identity thief trying to avoid legal or criminal actions against their own identity, or who is trying to steal benefits or services that rightfully belong to someone else. Tens of millions of Americans are victims of identity theft every year.

Learn How to Keep Your Identity Private

Individuals and businesses can each be victims of identity theft. Business identity theft can also impact their employees. It is not uncommon to wonder how to protect yourself from identity theft, especially with the sheer volume of personal data collected by organizations physically and digitally. You want to keep your identity private and protected, but it can be overwhelming when you consider all the places your personal information is kept, and all of the ways it can fall into the hands of an identity thief. The odds of identity theft are working against you every time there is another data breach.

Our personal information is everywhere. So are fraudsters.

We are all more connected than ever before throughout our digital and physical lives. Our personal information is in the hands of the government, social media sites, merchants, employers, financial institutions, healthcare organizations, and virtually anyone with whom we have a relationship. As technology advances the digital blueprint of your identity gets more defined, and the malicious threats to your sensitive and personally identifiable information (PII) increase exponentially.

Identity theft is more than just an inconvenience.

Identity theft is ugly. It’s emotionally and financially draining, and it’s a problem that can rapidly spiral out of control. Identity thieves steal your most personal information: your Social Security number, your financial and bank account information, essentially your entire digital footprint. Identity theft is not only a total invasion of your privacy, but it’s also a tremendous inconvenience that can steal hundreds of hours of your time to resolve.

There is no limit to the methods identity thieves may use to make your PII work to their advantage. Here are a few of the most common types of identity theft:

If you have a social security number, you are at risk.

Identity theft can happen anytime, anywhere — and to anyone. Everyone is at risk, even children under 18 years old. And, the threat to your identity privacy compounds as you get older.

We understand that you want the best identity theft protection to combat all of the threats to your identity privacy and security, from the Dark Web to tax identity fraud, from medical identity theft to new account openings and account takeovers. IdentityForce is committed to protecting what matters most for our members and will do everything in our power to ensure that you have control over your identity.

Over 10,000 identity theft rings in the U.S. are finding ways to steal your personal information. 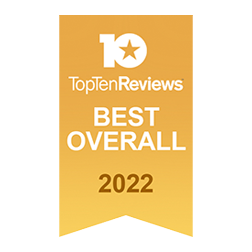 IdentityForce is a leading provider of proactive identity, privacy and credit protection for individuals, businesses, and government agencies.

Thank you for signing up.